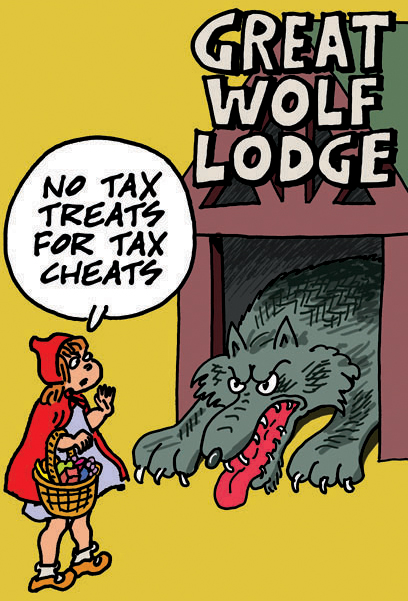 Update (10/10/14): In late September 2014 the Economic Assistance Coordinating Council (EACC) agreed to a panel review in response the New England Regional Council of Carpenters application to revoke state and local tax relief for Great Wolf. The EACC expects a status report from the panel review sometime in December. Read coverage of these recent events in the Worcester Telegram and Gazette and the Fitchburg Sentinel.

Great Wolf Lodge of New England, one of the nation's largest indoor waterpark hotel companies, received the $17.2 million in local and state tax relief from the Massachusetts Economic Development Incentive Program (EDIP) to construct a $60 million theme park in Fitchburg, MA. The EDIP is designed to attract private investment for new construction projects that create full-time jobs and provide significant economic benefits to the municipality and to the Commonwealth.

During construction of its project, Great Wolf violated state law and was not competent in preventing rampant tax and insurance fraud by its contractors. Great Wolf and seven contractors worked on the project for months without state mandated workers compensation insurance. Great Wolf did not have effective policies or procedures to prevent the rampant and open tax fraud that occurred. Numerous out-of-state contractors worked on the project even though it was supposed to generate “significant participation from…local contractors.” And, Great Wolf sent materially misleading and incomplete information during the application process for the tax relief.

In December 2013, Great Wolf  and  seven of their contractors were ordered to stop work on their Fitchburg project by the Department of Industrial Accidents after a site visit revealed they did not have Workers' Compensation Insurance. The violations were found less than three months before the tax package was announced. When recipients of millions in tax relief, like Great Wolf, operate without Workers' Compensation Insurance and develop projects where contractors openly engage in tax and insurance fraud, the tax relief process is broken.

In light of these issues, NERCC is requesting that the proceedings be reopen in connection to the application of the Great Wolf tax relief and revoke that grant of tax relief. Click here to read the “Application to Revoke Approval of Tax Relief for Great Wolf Lodge of New England.” 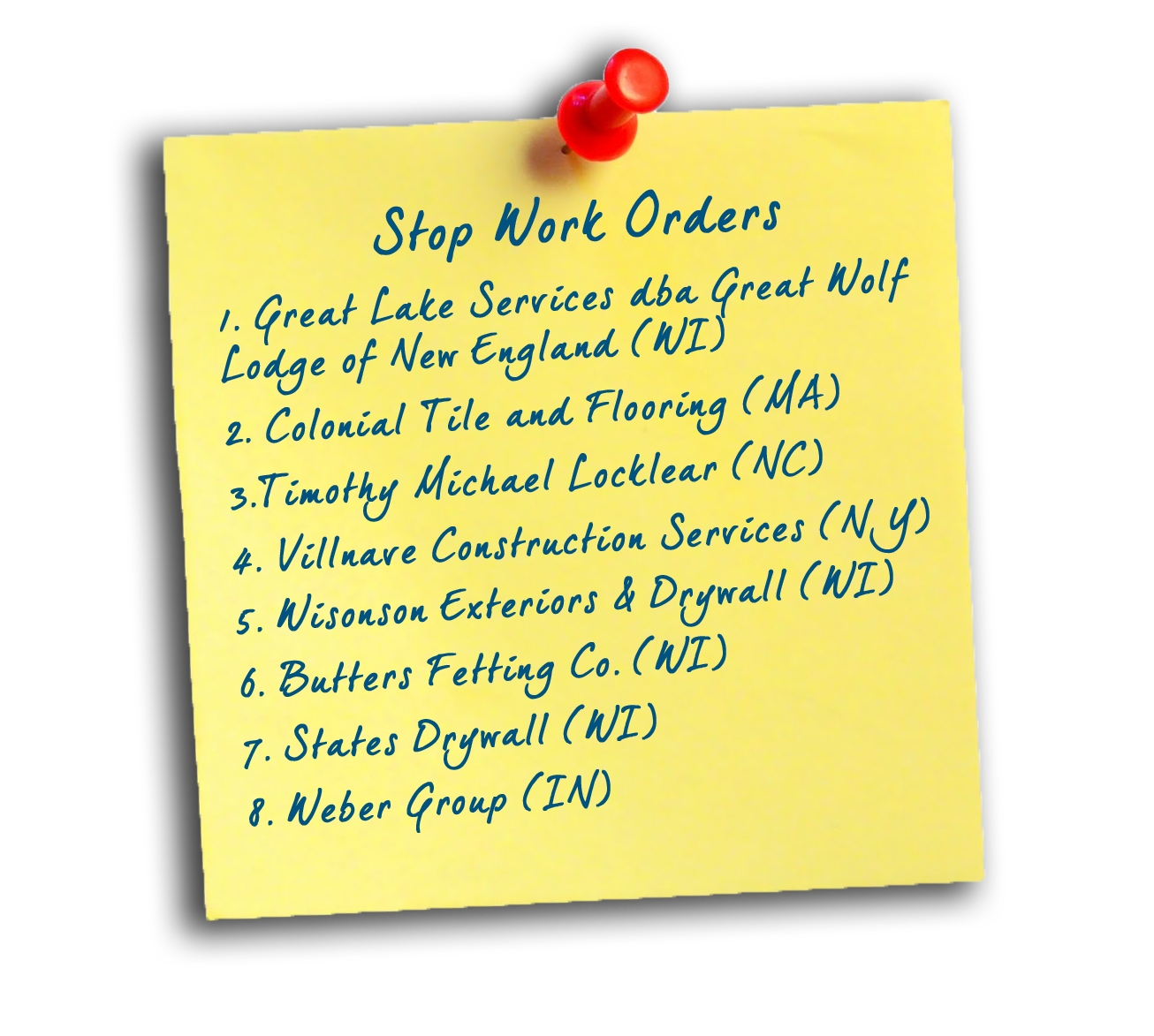 Not only did Great Wolf itself operate illegally for months without the workers' compensation insurance mandated by state law, but contractors illegally misclassified their employees as independent contractors or simply paid their workers in cash. Contractors that openly engaged in open and rampant tax and insurance fraud worked on Great Wolf’s Fitchburg project and continued to do so long after the State uncovered violations and after Great Wolf declared that it had taken steps to ensure compliance with the law.

Great Wolf received the $17.2 million in local and state tax relief from the Massachusetts Economic Development Incentive Program (EDIP). The EDIP is designed to attract private investment for new construction projects that create full-time jobs and provide significant economic benefits to the municipality and to the Commonwealth. The irony of tax fraud being committed during construction of a project financed by generous tax incentives is obvious.  But the insidious nature of this fraud goes far beyond the loss of tax revenue to the Commonwealth, and fundamentally undermines the central purpose of the Commonwealth’s tax relief programs.

Read the Tax Increment Financing Agreement between the City of Fitchburg and Great Wolf Lodge of New England.

Why do we care?

Union Carpenters promote decent standards in the construction industry. It's why we also picket, leaflet, banner and demonstrate in other ways. It is not always popular, but we feel it is necessary.

We talk to nonunion carpenters and contractors as well as developers every day. It’s what we do.

We go out and try to raise awareness because we believe all carpenters should be respected, whether they belong to a union or not. We do this to support nonunion workers and educate those not in the industry, but impacted by it. .

We talk to people in the industry about the conditions they face. What do we often find?
-- Workers are paid cash or effectively under the table, with no taxes paid.
-- Many are not paid well, or even what they’re promised. Sometimes they are not paid at all.
-- Few, if any, have health care coverage or are offered retirement benefits.
-- In one of the most dangerous industries, many are denied basic safety protections or legally required workers’ compensation coverage.

Why should you care?

We believe that consistent downward pressure on wages, health care benefits and retirement benefits is detrimental to the quality of construction by pushing talented, skilled people out of the field. To the extent that it lowers the bottom line for construction at all, it results in a shorter lifespan for a building. That means maintenance and rebuilding is more extensive and sooner.

It's easy to get in touch!

Payroll fraud has long been the construction industry's dirty little secret. The UBC is helping officials around the country to bring it into the light and make our construction markets fair and honest again. Click here to learn more.